This article is condensed and originally appeared on the Telecom Ramblings Website.

Voice calls have always had a role to play in powering connections between brands and customers. However, the rise of newer communication mediums such as instant messaging and video chat led some naysayers to question the relevance of traditional calling.

Last year, however, voice calling demonstrated its permanence as a leading communication channel. The New York Times analyzed that, “While the nation’s biggest telecommunications providers prepared for a huge shift toward more internet use from home, what they didn’t expect was an even greater surge in voice calls.”

Specifically, one study found that 68% of consumers value the human connection aspect of calling businesses. These consumers say they prefer to communicate via a phone call more than any other channel. This data demonstrates that voice calling is an essential, non-negotiable element of a modern business’ communications strategy.

Traditionally, businesses would purchase equipment and subscriptions for onsite phone services through a local phone provider. The equipment determined both the number of internal users and the various calling features available. In the 21st century, telephony equipment companies realized the benefits of transferring information over IP, which include increases in speed, lower costs and better quality. VoIP capabilities were added into switches, software and other VoIP-friendly equipment, and by 2003, 25% of all voice calls were VoIP.

To read the article in its entirety, click here. 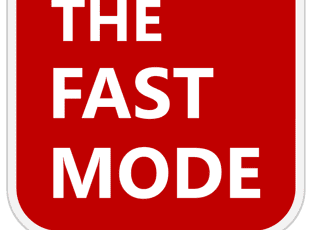 This article is condensed and originally appeared on The Fast Mode. Distributed workforce. Hybrid collaboration tools. Flexible work models. These phrases are increasingly being used to describe the state of…

In The Media How IT Silos Are Creating a Fragmented Customer Experience October 20, 2021

This article is condensed and originally appeared on VMblog.com. Providing a seamless customer experience (CX) across all touchpoints is a top priority for businesses in any industry. According to a recent report,…

In The Media How Tackling IT Silos Can Improve Healthcare Operations October 20, 2021

This article is condensed and originally appeared on HealthTech. Aside from providing excellent patient care, operating efficiently is consistently top of mind for the healthcare industry. Information needs to be…