Before diving into how a SIP trunk works let’s explore how a traditional phone call works. Imagine you’re making a call on a landline phone. You dial the number you are calling and come through a Private Branch Exchange (PBX). Most businesses used to have a PBX on site. The PBX system typically has several outside lines which users can share for making outside phone calls. It also connects the phones within the company to each other in addition to connecting them to outside lines.

When a call goes through the PBX, it gets delivered to the traditional phone line. The line that was used on the way is called an ISDN (Integrated Services Digital Network) line or a copper analog line. The ISDN line is one that allows you to carry multiple channels of calls at any one time. So for example, it may have a capacity of 30 calls, both internal and external. If your call volume is growing, you may reach the capacity of your ISDN line. You may not be in a rush to rip it out because of the money you have invested in the existing system.

One solution is to add on SIP trunks that will carry your calls or your data over your internet connection rather than through a traditional phone line. If you have SIP trunking set up and your PBX has reached its capacity, SIP trunk can act as an extension for you. The SIP trunk would take the call to the service provider and then from your service provider the call would be delivered to the person you’re calling.

Why is it called SIP trunking instead of SIP lines?

Trunks have more features than lines do and operate in a different manner. Plain old telephone service, or POTS lines, have one phone number per line. Each line comes in from a pair of wires from the phone company. For example, if your phone number is 654-1234, and someone calls that number it goes through the public switched telephone network (PSTN) to your phone company’s local central office. The calls enter a pair of copper wires to your building and go to your phone system. Your phone system has been programmed to send all calls coming in on that line to a certain destination.

Let’s say a new manager needs her own phone number. You’ve had an extra line added with the number 654-1256. It’s simply another pair of wires to your phone system. So with POTS lines you need a pair of cables for each number or line that you have. If you want four individuals or four different departments to have a private number, then you’ll need four separate lines. You’ve now occupied a total of 4 cable pairs or 8 wires from the phone company to your building. Those wires cost money to install and maintain and that’s one of the reasons that SIP trunking can be less expensive than traditional phone service.

Now let’s take a look at the same scenario using SIP trunks. Remember SIP trunks have more features than lines and operate in a different manner. SIP trunks use Direct Inward Dial (DID) numbers. DID numbers are not line dependent and don’t need a unique pair of wires from the phone company for each number. Instead, they are sent with signaling information so that your phone system knows what number was dialed. For instance, let’s say someone calls a private number and your company is using SIP trunks. They call 555-1256 and that call is routed to your ITSP and sent via the Internet to your phone system. The phone system routes the call and you can have the four numbers all routed over the same SIP trunk. You don’t have to pay for an expensive line for each number that you want to have.

Now let’s take a look at something else we can do with SIP trunks. Let’s say your main office is located in Jacksonville, but you want to have a presence in other cities. Perhaps you have employees who work in this space, but you want all calls right at the Jacksonville office. You would have a DID number for local calls coming from the Jacksonville market. Those calls will be sent to your ITSP (Internet telephony service provider) which will send the calls via the Internet to your phone system. The phone system will be programmed to display Jacksonville whenever somebody calls that number.

SIP trunking allows you to assign phone numbers from different cities. For example let’s say your company also has a Gainesville number. Whenever somebody calls Gainesville locally the call is routed to your ITSP who sends it to your phone system. The phone system sends the call to the proper phones and displays Gainesville on the LCD display so that your employees know where the call is from and how to handle it properly. You can also assign numbers from different states so you can have a number in Atlanta that is sent to you just like you’re in state. You can also have a number from a different country. If your company does business in the Caribbean, as an example, someone in the Bahamas could call your company from a local or national number and that call will be routed accordingly.

Learn more about how you can use SIP trunking to extend your legacy phone system investment. 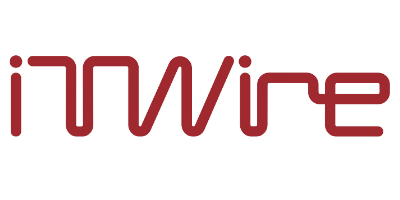 This article is condensed and originally appeared in iTWire. Despite the variety of benefits cloud-based telecom services offer, some companies are still hesitant to adopt cloud solutions. However, many of…

SIP trunking is a trusted technology that is growing in popularity among enterprises and channel partners. According to a new global survey of 40,000 IT managers by Eastern Management Group…

Articles Making the Move from PRI to SIP Trunking? September 21, 2020

There is clear trend in that businesses are moving away from primary rate interface (PRI) and towards internet protocol, which includes leveraging session initiation protocol (SIP) trunking as a key…